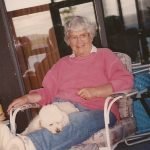 Dr. Margaret E. Nix was a pioneer in a male-dominated culture. “They expected me to serve the coffee” she recalled, of her first faculty meeting at what was then called Pace College, in 1964, as one of the first women professors on the business faculty. Refusing to be gender-sidelined, she simply took her own coffee to the conference table, amidst the stares of her male colleagues.

A native of Winnipeg, Manitoba, Dr. Nix’s career began as a novice teacher in Norway House in Manitoba’s far north. During her illustrious career, she was an associate professor at McGill University, associate professor at the Lubin Graduate School, became the first woman chair of the Department of Management at the Lubin School, consulted to several firms in Canada and the U.S. and lectured and wrote on management issues. She became the first female professor in New York’s Pace University graduate program, where she spent more than 15 years as a professor and administrator. 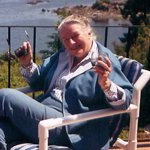 Dr. Marygold (Molly) V. Nash graduated with a Bachelor of Arts degree from the University of British Columbia in 1942. While attending, she starred in many Musical Society productions and was a gifted soprano and pianist. Dr. Nash went on to receive her Masters of Social Work from McGill University in 1946, becoming a medical social worker at the Royal Victoria Hospital in Montreal. She was also a chief social worker for the Occupational and Rehabilitation Centre in that city and a social worker for the Montreal Protestant School Board.

In 1962, Dr. Nash successfully defended her doctoral dissertation “Study of attitudes of a group of non-handicapped people towards the orthopedically handicapped” and obtained, from Columbia University, a PhD in Social Work. She was the director of the New York Service for the Orthopedically Handicapped, and received the Ethel H. Wise Special Merit Award for her significant professional contributions to the field of social work. Considered a ‘renowned Canadian scholar” she started teaching at Pace College in downtown NYC in the 60’s, where she was the Chair of the School of Social Work, later to moving to their University Campus in Pleasantville, NY.